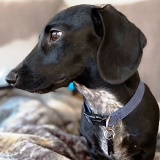 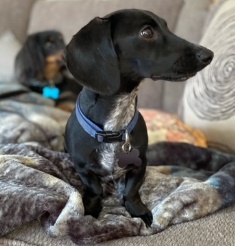 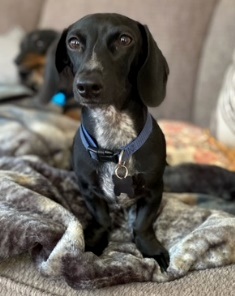 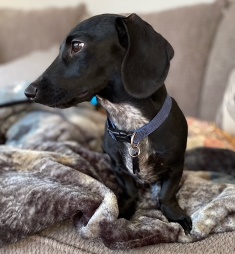 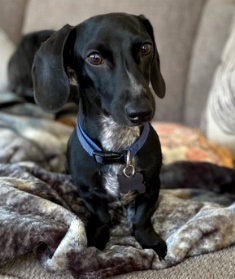 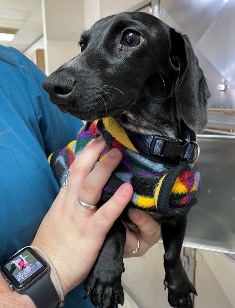 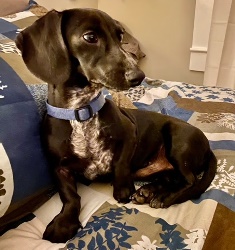 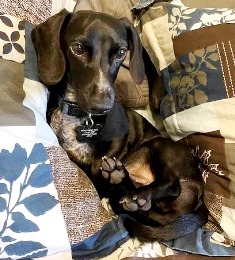 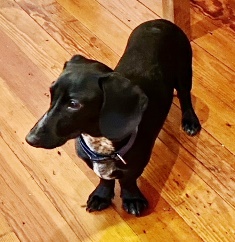 Otter is a very sweet 1 year old pup that loves to be close to his humans. He's a total lap dog; in fact, he's sitting on my lap as I type this bio.

He loves to snuggle, gets along well with other dogs and enjoys feeding time (of course, he's a dachshund!). He's been going for walks well and starting to play with the other dogs more often. He's been sleeping in bed with his foster parents; he is a heavy sleeper and the cutest thing in the world when he finds a spot to burrow under the blankets. You have to wake him up in morning as he refuses to get up on his own! :)

Otter does not like being crated. His ideal family would be someone that is home most of the time during the day, as he enjoys following you around and chilling by your side while you work, cook or do things around the house. If left alone many hours, even if roaming free, he may cry if he thinks he was left behind. So it's best to get him used to his new setting first with someone who has the time to spend with him to built his trust with his surroundings and play mates.

He rides well in the car, very quietly, so, he's a perfect dog to take with you anywhere. Otter is potty trained as long as he's taken out often and/or walked.

If you're looking for a loyal companion, Otter is your guy! <3